The Right to Nature 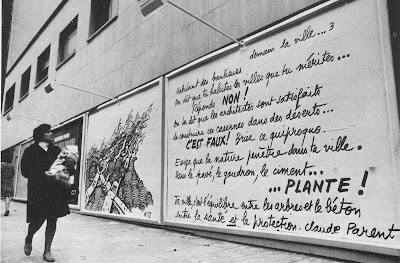 Nature has always been a luxury in Beirut. Landscaped spaces of the BCD require high-maintenance, the Beirut Pine Park is closed off the commoners for fear of vandalism, small gardens here and there lack the generous green lawns to picnic or nap on.

Yet in Beirut, every empty plot, public or private, is open to building rather than greening speculations.
Land owned by the municipality/state give rise to governmental building developments rather than urban parks.

It is no secret that the key to a healthy urban life is to have easy, walkable access to recreational public green space, among other amenities.
In order to make an impact, such green space needs to be at the scale of the city, and not only at the size of small neighborhoods.  Take the central park in New York, the Emerald Necklace in Boston, and the Gold Gate Park in San Francisco, and the urban parks of Berlin, Rio, Paris as an example. Take the numerous riverside promenades and even the smaller creeks green walks in different cities across the globe. They are essential to the healthy functioning of their cities and people. 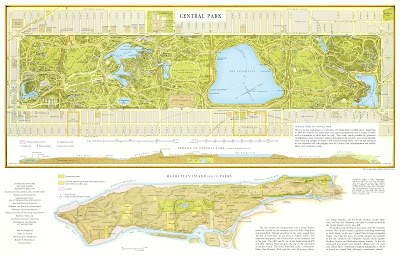 On the other hand, the difference with cities like Mumbai, Cairo, and Beirut is the deliberate indifference of decisions makers to such need, resulting in cities with no "lungs" to breathe, an omnipresent crowdedness, and no alternation between noise/silence,  concrete/ green, stress/ relaxation. 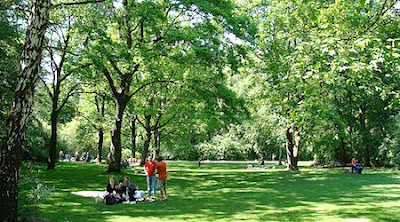 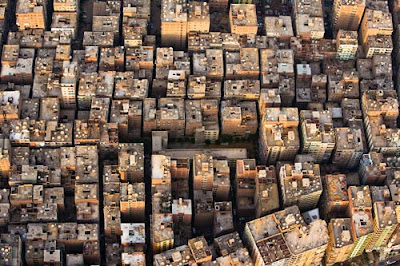 below: Aerial photo of a Cairo district. © Michael Poliza Photography
above: The Tiengarten Park in Berlin.

Beirut's small gardens cannot fulfill the existing blatant need. To recognize this priority and work for it is strategic in order to transform Beirut from a hard concrete jungle into a more humane environment.
This urban transformation will directly impact the well-being, mental health, and character of its citizens, and will  lead to a physical and social evolution/revolution of how we perceive and experience the city.

Such issue is- as eloquently put by the french architect Claude Parent in this Paris' suburb poster ( above image), a source for bottom up urban activism to counter governmental lack of action.
Posted by Sandra Frem at 8:20 AM No comments:

This work is licensed under a Creative Commons Attribution-NonCommercial-NoDerivs 3.0 Unported License.